I've had so much interest in my latest home DIY project that I thought I would share the details in one spot. Here goes nothing! We recently purchased a new home, four days ago to be exact. The drama and roller coaster that was selling our home and buying a for sale by owner home deserves an entire post of it's own and I need some time to decompress from the trauma...stay tuned for that one.

We knew moving would be a big adjustment for all of us but I wanted to lighten the load on our four year old daughter as much as possible. To me, this meant having her room move-in ready when we picked her up from school. She had seen the house once before, but it was months earlier so I knew she wouldn't remember what it looked like. When our offer was accepted on the house, I started Pinterest boards for each of the rooms I wanted to update. Henley's was first on my list. I asked her what color she wanted the walls and I about died when she told me pink. I am not a pink fan (singer or color). I knew I had to find a way to tone the pink down so pairing it with white made the most sense. I also chose a pink with mauve undertones. We closed on our new home at 9am and by 10am, we were painting Henley's room. Our new home is approximately 30 years old and covered in golden oak trim work and cabinetry (my absolute pet peeve). Here is how we tackled the project:

1. We started by patching holes in all of the walls from the previous owner's pictures, shelves, etc... and let that set up while we started painting. It took about 3 hours for it to dry enough to be sanded. We used DryDex by Dap - it's my go to. 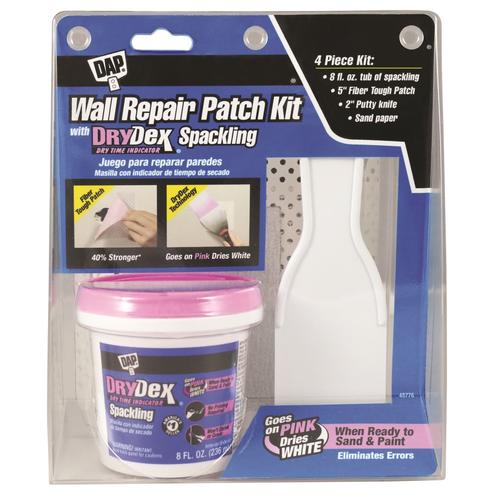 2. We taped off the carpet and anything we didn't want painted. I'm a messy painter but I come by it honestly. HUGE fan of Frog Tape over here, the original green version.

3. We started on the trim work because we knew that would take at least two coats of paint to cover. We did not sand prior to painting. We did however use a paint and primer in one - Pittsburgh Grand Distinction White in an eggshell finish. If I would have planned ahead, I would have found a local retailer that carried Benjamin Moore as there was a particular color I wanted but I didn't, so I made an on the spot call for trim and it worked just fine. I'm not sure that I will carry it throughout the rest of the house but it's perfect for Henley's room. It DID take two coats to cover the trim but I expected that. We rolled the doors to get more bang for our buck and because I can't stand the sight of brush marks.

4. Once the trim was dry, we sanded the patched spots down for a nice smooth finish.

5. The walls were next! I cut in around the ceiling and around the freshly painted trim work while my cousin rolled. My husband is not a painter and I knew if I wanted to make a sizeable dent in this project, I needed help. She is the only other person I know that paints as much as I do. So thankful she said "YES!" to helping. I regret my paint choice for the walls. We went with Pittsburgh Ultra and it went on extremely thin. Yes, we were covering a hideous blue but I felt like it took much more than it should have to cover it. We ripped through an entire gallon and still weren't finished. The color is Whirligig and again, an eggshell finish. This also took two coats, and spot touch a third coat in some areas.

Overall, I'm super happy with the finished project, I just wish I would have spent the time to find better paint options. To be fair, I've used Ultra on hundreds of feet of wall space and never had a problem before. I've also included the decor pieces we added to the space.

Things we brought from her old room included the bed and frame, dresser, nightstand, wood bulldog cut out, homemade ruler measurement stick and FP desk set. Her pictures were also in her old room, I designed the posters and printed them online and framed them. I did repaint the frame around the prints above her bed. They were coral to match her old room so I repainted a flat white to match the new room. I found a chandelier light on Wayfair but after some searching, I found the exact same one on Amazon for $40 less. It was a beast to put up and assemble, yes you have to assemble the light strands, but it makes the room. Everyone that sees it falls in love with it. We put LED light bulbs in it so it gives off way more light than I anticipated. 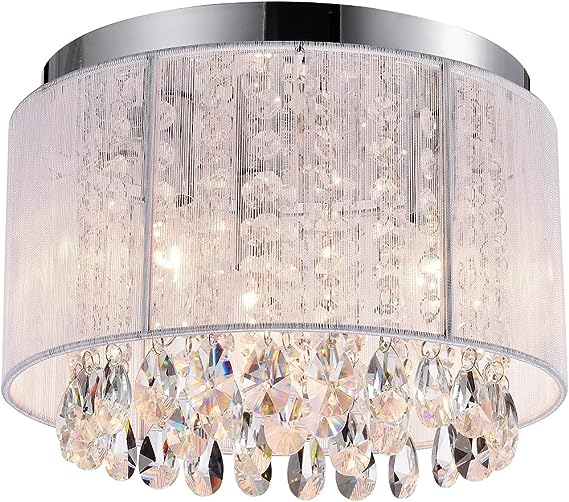 I also found a store on Etsy that does wood and MDF cut outs of names. I knew I had to have one for Henley's room. It was so affordable and took about a week and a half to arrive. I've linked her store here (House of Rounds) and highly recommend! I chose the 24" size in MDF (I knew I was going to paint it white) and did the Madina script font...it's the same font as my store logo, I clearly love it!

I did update some of her bedding, all of which came from Target. The links are below for the items still available and the curtains were another Amazon purchase. I was so disappointed when the buyer of our home asked for all of our window treatments. I spent weeks trying to find the perfect ruffle curtains for her nursery and spent a small fortune on them. I decided to find knockoffs this time around and I was pleasantly surprised. I chose the 63" length since I knew the dresser was going in the corner where they would be.

Overall, I think I have about $230 into the room makeover. The most important part, Henley LOVES her new room in her new house which has made this transition 1,000 times easier on everyone.